The IRS has released the 2014 Form W-4, Employee’s Withholding Allowance Certificate, and the 2014 Form W-2, Wage and Tax Statement (along with instructions).  Also released is Form 941, Employer’s Quarterly Federal Tax Return, for tax year 2014, together with the 2014 Instructions for Form 941.  See the IRS website for additional details.  www.irs.gov

On January 29, 2014, our very own Denise Jacques, President of the OCCAPA was a Guest Speaker at Irvine Valley College.  This was part of our educational outreach to promote the goals of the APA and the goals of our chapter.  She spoke to the Payroll Accounting and Taxation Class of about 40 students. Denise provided the attendees with education on the importance of becoming a CPP/FPC Professional.  She exposed them to our vision and encouraged them to become involved in their own local chapter.  Networking and how to look for a job in accounting was also part of the subject matter.  Connie Simpson, Government Liaison Officer presented the same subject matter to a group of receptive students at Golden West College on February 6, 2014. 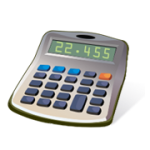 The IRS has announced that the business standard mileage rate for transportation expenses paid or incurred beginning January 1, 2014, will be 56 cents per mile, down one half cent from the 56.5 cents rate in effect during 2013 [Notice 2013-80, released 12-6-13]. The mileage rate may be used to compute the amount to reimburse employees who are using their own cars for business purposes. It may also be used by employers that elect to use the “cents-per-mile” valuation method for purposes of determining the amount that needs to be imputed to an employee’s income for personal use of certain company-owned or leased nonluxury vehicles (see The Payroll Source®, p. 3-22). 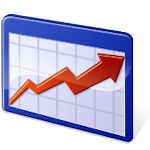 The IRS has announced the cost-of-living adjustments applicable to dollar limits on benefits and contributions under qualified retirement plans, as well as other items, for tax year 2014. Many of the pension plan limits will increase in 2014; however, other limits will remain unchanged. IR-2013-86

Congress is the Premier Payroll Event of the Year!

The 32nd Annual Congress brings you workshops, networking opportunities, and recertification credits! At Congress you are able to choose from more than 200 workshops over 4-1/2 days and earn up to 30 RCHs, 3.0 CEUs, or 35 CPE credits! Congress offers a wide variety of educational workshops; the world’s largest payroll, accounts payable, and finance Expo with over 100 exhibitors; and countless networking and motivational opportunities among 2,500 attendees. 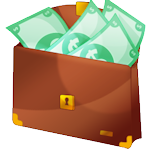 Save $50 when you register by March 31 for the 2014 Annual Congress, May 13-17, in Minneapolis, Minnesota. Learn and network at payroll’s biggest annual conference. 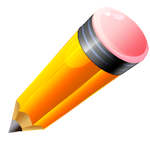 Congress has failed to enact legislation last year to maintain the monthly pretax cap of $245 for the mass transit qualified transportation fringe benefit, and as a result the monthly limit for transit commuters was reduced to $130 per month on January 1, 2014.  Please visit www.commuterbenefitsworkforus.com to contact your Representative and Senators in Congress and urge them to support passage of legislation to establish permanent parity between the parking and transit portions of the commuter benefit as early as possible in 2014.

As payroll professionals, you know the challenges of administering the program when monthly limits keep changing. These challenges are compounded by the prospect of Congress yet again providing a retroactive increase of the monthly cap. Passage of legislation to establish permanent parity between the parking and transit portions of the commuter benefit would end this cycle of uncertainty, and allow for much easier administration of the benefit.

The transit commuter benefit is an important fringe benefit that employers can provide to help their employees save money on their daily transit commute. The current disparity between the parking and transit benefits in the U.S. tax code now promotes an unfair policy that encourages commuters to drive to work, rather than use public transportation or vanpools.

Legislation to establish permanent parity between the two benefits has been introduced in both the U.S. Senate (S. 1112, the “Commuter Benefits Equity Act”) and the House of Representatives (H.R. 2288, the “Commuter Parity Act”). In addition, Congress may be considering tax legislation in the coming weeks that will provide an opportunity to address this.

Please visit www.commuterbenefitsworkforus.com to write your Representative and Senators in Congress and ask them to take action now to support this critical issue. Letters generated through this website can be edited to allow you to tell your personal story on how the changes in the transit benefit, and retroactivity in particular, affect your operations.

Join us for a 1 day session to help prepare for the CPP or FPC exam.

The session will include a complete practice exam and a thorough review of the questions and answers. The practice test will cover the 2013 regulations and limits.

(lunch will be provided)

Joining a study group is one of the most effective methods for studying for the CPP/FPC Exam.  APA certification is a valuable, objective credential that verifies a specified level of knowledge, skills, and abilities in the payroll profession. Certification helps individuals demonstrate their payroll expertise, secure promotions, advance their careers, and enhance their standing within the profession.  APA offers two levels of certification — the Fundamental Payroll Certification (FPC) and the Certified Payroll Professional (CPP). The exams are administered at more than 300 locations throughout the United States and Canada.

OCCAPA offers 1 FREE year of membership* to any person that passes the CPP for the first time!
If you already have your CPP/FPC and you need RCH’s, you will earn up to 34 RCH’s by attending StudyGroup.
If you already have your CPP and would like to facilitate a session, you will earn 2 RCH’s.  Please email studygroup@occapa.com to enquire! !
*Membership is for 1 full year starting Jan 1st after having passed the CPP/FPC exam. Membership is nontransferable.
**A limited number of 2014 APA Payroll Source books are available for purchase from OCCAPA.