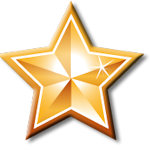 GSA establishes the maximum CONUS (Continental United States) Per Diem rates for federal travel customers.  Rates are set by fiscal year, effective October 1 each year. Find current rates in the continental United States (“CONUS Rates”) by searching below with city and state (or ZIP code), or by clicking on the map.

Albert Einstein once said, “The hardest thing in the world to understand is the income tax.” With that in mind, APA’s Government Relations Task Force Subcommittee on IRS Issues made two requests of the IRS in September to help members with compliance. First, “APA is asking that the IRS waive late filing penalties for 2016 Form W-2 submissions filed after January 31, 2017, but in time to meet the pre-PATH Act (Protecting Americans from Tax Hikes Act of 2015) filing deadlines of February 28, 2017 for paper-filed Forms W-2 and March 31, 2017 for e-filed Forms W-2.” Second, “APA is requesting electronic filing capabilities for amendments to the Form 94x series, related forms, and corresponding schedules to increase efficiency for both the IRS and employers.”

The PATH Act changed the dates employers file Forms W-2 to be at least a month earlier in 2017. January 31 was the new filing deadline. Penalties for late or incorrect Forms W-2 filed with the Social Security Administration (SSA) or furnished to an employee increased. The amounts are based on the employer’s behavior. The quicker the error is corrected, the lower the penalty amount.

Penalties are adjusted for inflation each year and include:

APA said, “The goal of the earlier filing deadline is a laudable one: helping the IRS reduce instances of tax refund fraud by matching third party information reports (i.e., Forms W-2) with individual taxpayer Forms 1040. At the same time, the SSA has reported the number of late filed submissions more than doubled (from 25,000 to 50,000) and the number of Forms W-2c filed increased by approximately 35% (from 2 million to 2.7 million) so far in 2017.”

“The correlation between the accelerated deadline and the significantly increased late and incorrect Form W-2 filings seems clear,” APA said. “However, outreach takes time, especially to smaller employers. In addition, we know that our members have limited resources and the time offered in legislation and regulations to adjust processes and procedures is not always sufficient.”

Both the IRS and APA offered many opportunities to learn about the new deadline.

Because of the increase in Form W-2c filing, the volume of corrected Form 94x series and related forms and schedules filed with the IRS also rose dramatically. APA said, “Although an employer can upload a Form W-2c file electronically to the SSA, which is then transmitted electronically to the IRS, the corresponding Form 94x series corrections must be filed on paper with the IRS. The lag time between these two filings (electronic and paper) creates an unnecessary administrative and cost burden for payroll departments and employers.”

In addition, paper versions are more difficult for employers to track in terms of when and in what order amended forms are processed by the IRS. APA expressed concern that the electronic forms filed by employers must be managed electronically at the IRS. APA said, “The IRS must be able to consume the returns electronically without manual intervention with a date and time stamp to ensure that multiple corrections are entered in the proper order.”

By filing electronically, employers and the IRS can avoid duplicate filings because of lost, undelivered, or misplaced forms. APA said, “Potentially, electronic filing reduces or eliminates errors including, but not limited to, returns processed out of order, confusion regarding amounts already reported to the IRS, and duplicate submissions. In addition, employers will have the ability to review and track the processing of tax returns much more effectively.”

The amended forms at issue include the following:

IRS Commissioner John Koskinen and other IRS directors have often indicated that the agency is not looking to assess penalties but to achieve full compliance. APA hopes this will be the situation for late-filed Forms W-2 in 2017. With limited agency resources, increased electronic filing capabilities can go a long way to achieving the goal of full compliance.

Alice P. Jacobsohn, Esq., is Senior Manager of Government Relations for the APA.

The IRS has announced the cost-of-living adjustments applicable to dollar limits on the benefits and contributions under qualified retirement plans, as well as other items for tax year 2018. The dollar limit on employee elective deferrals to 401(k), 403(b), and 457(b) plans increases to $18,500 (up from $18,000) and the limit on catch-up contributions for individuals age 50 or over remains unchanged at $6,000. 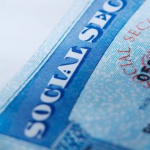 New York City Provides Information on Employment Verification
The New York City Mayor’s Office of Immigrant Affairs has posted information for “dreamers” (individuals working in the country under the DACA program) affected by the DACA decision that may also be helpful to employers. According to the agency, employment authorization cards are valid until expiration, unless terminated or revoked individually. While social security numbers (SSNs) do not expire, if a worker no longer has work authorization, the SSN will no longer be valid for an E-Verify employment authorization check. 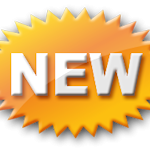 The federal Office of Child Support Enforcement has released a revised version of the standard child support withholding order, Income Withholding for Support order/notice. Employers and other income withholders are directed to continue to honor previous forms for new income withholdings until August 31, 2018. The new version of the form has an “OMB Expiration Date” of August 31, 2020.

U.S. Citizenship and Immigration Services (USCIS) released a revised Form I-9, Employment Eligibility Verification, and updated the Instructions for Form I-9. Employers must begin using the new version (dated July 17, 2017) by September 18, 2017. Until then, either the revised version or the version dated November 14, 2016, may be used. The new form and instructions are available on USCIS’s Form I-9 website.