Medical Savings Accounts
To be eligible to make contributions to a Medical Savings Account (or to have the employer make the contributions), an employee must be covered by a high deductible health plan. For 2018, a high deductible health plan is a plan with an annual deductible of $2,300-$3,450 for individual coverage (unchanged) and $4,550-$6,850 for family coverage ($4,600-$6,850 previously).
Maximum out-of-pocket expenses now can be no more than $4,550 for individual coverage ($4,600 previously) and $8,400 for family coverage (unchanged). 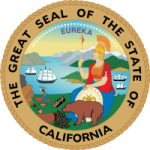 In Alvarado, the court held that employers, when calculating the hourly value of the flat sum bonus during a single pay period, must divide the flat sum bonus amount earned in the pay period by only the non-overtime hours worked by the employee. This decision breaks away from the federal formula and identifies a single proper method for employers to use in recalculating the regular rate. The court, however, expressly limited its decision to flat sum bonuses (i.e., fixed attendance bonus), so this rule does not necessarily apply to the calculation of other types of non-hourly compensation such as commissions, production bonuses, or piecework bonuses that may vary with number of hours worked.
The court also rejected a request by defendant Dart Container for a prospective-only application of the court’s interpretation. Four justices filed a concurring opinion criticizing the California Division of Labor Standards Enforcement for not issuing a clarifying regulation for over two decades, leaving employers with doubt about how to meet their statutory responsibilities, and allowing employees to receive less overtime pay than they were due.
What Employers Should Know Now
Employers must now calculate overtime for employees who earn a flat sum bonus during a single pay period by dividing the total compensation earned by the non-overtime hours worked in that pay period.  Employers who pay flat sum bonuses should review their pay practices to ensure compliance with this formula.
Article from:  https://www.businessmanagementdaily.com/