U.S. Citizenship and Immigration Services (USCIS) announced it will allow the public an additional 30 days to comment on its proposal to extend the current version of Form I-9, Employment Eligibility Verification[84 F.R. 26140, 6-5-19].

The comment period now ends on July 5, 2019. Comments can be emailed to dhsdeskofficer@omb.eop.gov with OMB Control Number 1615-0047 in the subject line.

The current version of Form I-9 expires on August 31, 2019. USCIS is reviewing comments it has already received. Depending on the extensiveness of the comments, USCIS may keep in place the existing Form I-9 past the August deadline, according to a statement made to APA’s Government Relations team. Otherwise, USCIS will keep the form as is or make changes based on the comments received.

USCIS will update I-9 Central if there are any changes. Employers should continue to use the July 17, 2017, Form I-9 until a decision is made. 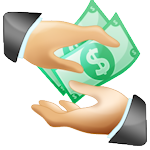 First-of-its-kind state legislation that would regulate on-demand pay continues to gain steam in the California Legislature (S.B. 472). The state Senate has already passed the bill and it has been referred to the Assembly Committees on Banking and Finance and Judiciary. On July 8, the Assembly Committee on Banking and Finance is scheduled to hold a hearing on S.B. 472. The Assembly would still need to pass the bill and the governor would need to sign it before it becomes law.

Most of the bill’s provisions would regulate providers of on-demand pay, although certain requirements would apply to employers. On-demand pay gives employees immediate access to a portion of the pay they have already earned during a pay period, in advance of regular payroll. Because the employee has already earned the income, the on-demand payments would not be considered credit transactions under California law
Courtesy of APA 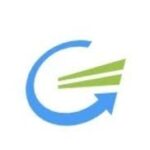